After an ignominious start, losing 9-1 in our first match, SGVCC won three of its last four matches to finish 4-4 over 8 rounds. Matches were played on Saturdays with a game 15|2 sec t/c. The League was sponsored by Chess.com and many thanks go to our own Laura Nyström for serving as our club administrator.

In Round 8 we faced the Huntsville Club of Alabama. The city of Huntsville is nicknamed “Rocket City” for its NASA facility that employs over 6,000 people. And it looked like they were trying to send us into orbit early as we were down after the first round of games. But two wins in round two and a half-point forfeit gave us the victory. 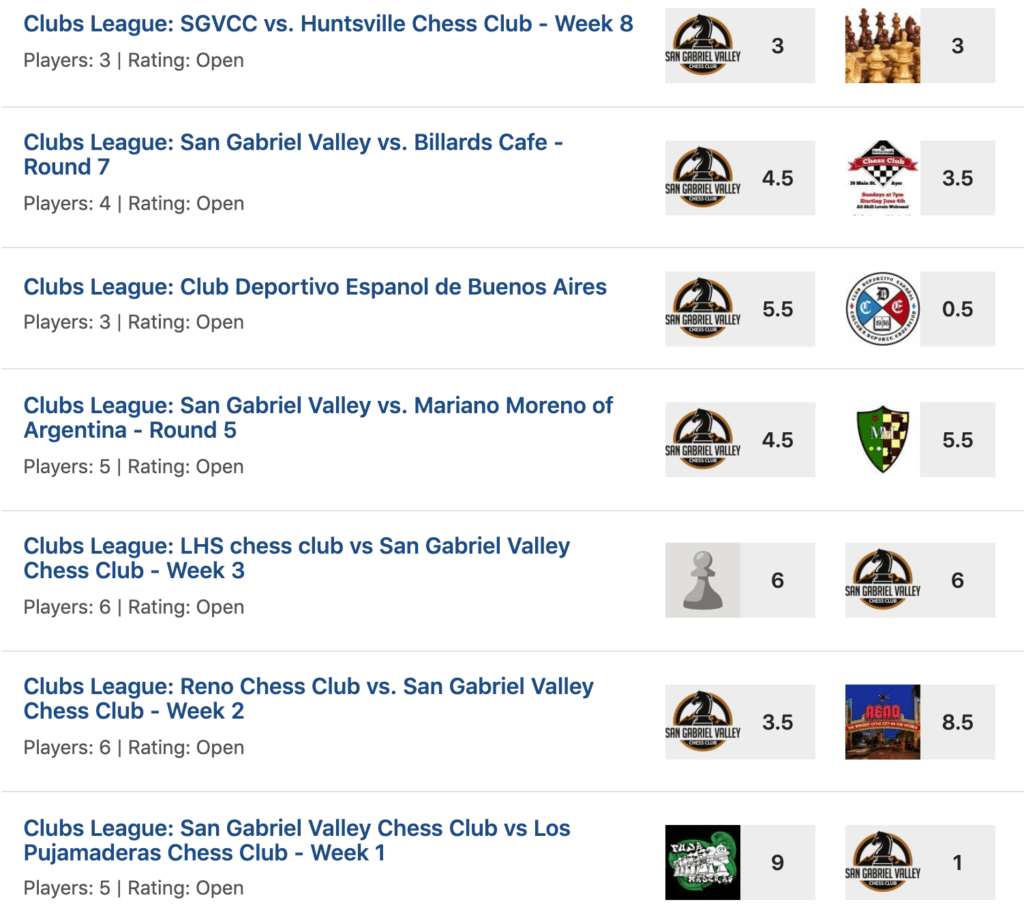 Like traditional in-person team events there was a lot of excitement each match. It all comes down to how the team does and so even if you lost your own games you could cheer on your teammates. The Chess.com playing site was ideal as you could see other games in real time and we had some amazing comeback games in the last round that had us fixated on our screens!

The only downside we ran into were teams not having an even number of players, which meant some people did not always get a game. We apologize if this happened to you. It was never clear how many players would show for each team until the time of the event, so hopefully that improves.

To see the full match results, including any game played during the match, visit: https://www.chess.com/clubs/matches/live/san-gabriel-valley-chess-club

Thanks as well to all our members who participated! It was great fun meeting people from other clubs and checking out their club websites. Keep watching for the next rapid play Clubs League.

Standings After Round 8 (Final Round)